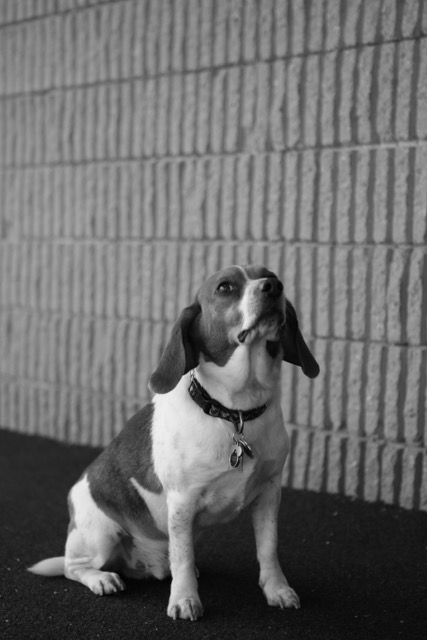 Cooper is a purebred beagle from Orange, Massachusetts. He was born into a small beagle family on a western farm on June 26, 2016. The breeders didn’t think Cooper was going to make it past 2 weeks – being the runt of the litter. With many prayers, Cooper pushed through and surprised us all with his determination to survive.

On August 20, 2016 Cooper came home with the McElroy family and began his exciting journey as their family Pet.
Cooper is a small, loving dog and enjoys spending time with his two human brothers Landon and Logan. You can find him doing puppy sprints in the yard and throughout the house. He loves to hunt squirrels and chase birds. But most of the time he’s an indoor office buddy and sleeps 20 hours out of the day. He’s also a huge fan of pepperonis, cheese, and pizza.